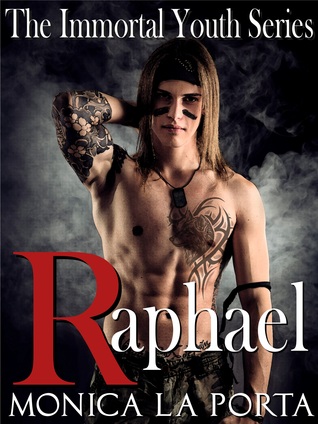 Ms La Porta truly has a way when taking pen to paper like no other. She has a way in describing her characters in fine detail where they are vamps or werewolf’s – angels or demons. Where her book is for the adult paranormal reader or the ya paranormal reader you will get the excitement and see all the events right before your eyes unfold before you.
Ms La Porta is a genius when it comes to writing- her novels take you to land that you don’t ever want to leave – you always want more of the story. Once you have picked the novel you are left being addicted with the story . You have to have more of it!!
The characters are so detailed and defined you can picture each of them. Even what they are doing. Can you imagine seeing Raphael actually under going a tattoo being burned into his chest?? And what about the wings into his back??
The description of these are so right on the mark it is unbelievable!!
From the moment you open the book she has you captured and drawn into her story. Before you know it you have finished it. This story is a fast read. You will not want to put it down till you have gotten to the very last page. Then you want more of the story of Raphael and his mate Luisa.

The story begins as we find Raphael running from the enforcer – he has in his pocket a vile of vampire blood . Better known of “v” He runs from he and hides in a building where he finds his mate. Who he doesn’t realize is running also. Luisa shows him where to hide and then she answers the door.

ow as the story goes on – Raphael realizes that Luisa is his mate and he has to have her. He tells her that one day he will come back for her. Until then remember that he loves her and he will always be apart of her.

Raphael ends back up in the place where he didn’t want to go. Where he was beaten and runaway from before. Except this time- the camp has new management. The old warden is gone or so they say. Should he believe them?? He is not sure. Then he meets an alpha – Mr Quintilius. Who offers him a job in his office. He takes the job packing up his little bag of belongings.

He starts working for him- however the mans mean ole head sec has it out for him. She starts telling lies about Raphael.

Raphael learns that Luisa is being held by the Red’s. It is a gang- she is in Rico little harem. Although Rico finds her ugly – beats her because of this. So Raphael knows the only way to her is to become a member of the Red’s.

This is where this amazing story gets really HOT!! And INTERESTING!!! Raphael has so many twists and turns in it- you never know what to expect to happen next.

This is not only a paranormal ya read but in another way you will find it a love story also.

I recommend this book to everyone to read both young an old!! MisMousey gives this book an amazing

NOW WHAT ARE YOU WAITING FOR ??? RUN AN GET YOUR COPY OF RAPHAEL  NOW!!!