*****OMG A K MICHAELS A NEW BREED OF       BOOK AND A NEW SERIES BUT SHE HAS TAKEN IT WHERE YOU WOULD NOT EVER EXPECT IT TO GO AND TAKE YOU !!! **************
I received this amazing book as an ARC from the very talented and out of this world Author A K Michaels in exchange for an honest opinion. This is Mismousey’s very honest opinion of ” THE BLACK ROSE CHRONICLES, DECEIT & LIES”.
Ms. Michaels is the famous author of the HIGHLAND WOLF CLAN SERIES – along with 5UPERNATURAL ENFORCEMENT BUREAU SERIES-THE WITCH, THE WOLF & THE VAMPIRE BKS 1-3 and so many others. Having read and followed the Highland Wolf Clan along with the SEB series. Ms. Michaels now has me hook-line & sinker with this amazing one.
From the very first page you are captured and held there until the end. From the beginning of each page to the next you are left on the edge of your seat/edge of the page. Left wanting more and more of this fabulous story.
The Black Rose is a truly wonderful story about a young women by the name of Rose – her full name is Rose Marie O’Connell. She is known as the assassin the council-only they know who she is but not what she looks like.
The council has chosen a new King- his name is Cassius. Someone wants him dead. They have called in the Black Rose- to do the job. What they haven’t realized or didn’t know about her is that she always does a recon about her mark. The Rose gets to know her subject well before she moves in for the kill.
During this time Rose has gone under cover working for the new King as a computer geek. Little does he know that she is working under cover and also a witch.
You see the vampires over the years have been killing off the witches along with other paranormal’s. Now the King has new ideas and new rules that he is putting into action.
The Black Rose has a lot of twist and turns in it. This is a fang-tastic read. This is one book you have to read. Does the Rose kill the king? Or is there something else for them together in their future? Why would the Rose be lied to ? And what is the real reason the demon wants Cassius dead?
For all these answers and more you HAVE TO READ THIS STORY!! I recommend it to everyone -especially those that love Paranormal!! Mismousey gives a firm rating of 70 out 5 stars.
NOW ADD THIS AMAZING READ TO YOUR GOODREADS TO READ LIST – THEN FLASH AND GET YOUR COPY TODAY!!! 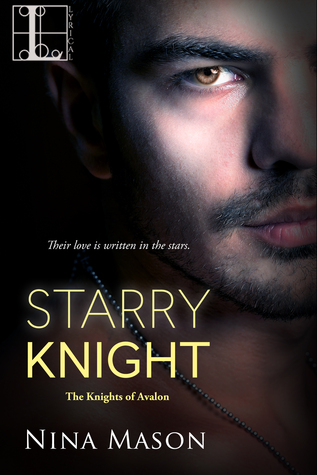 OMG HAS MS MASON DONE IT AGAIN THIS                                                                   TIME WITH A PARANORMAL!!!!
I received an ARC from this very talented and amazing author Nina Mason; in exchange for an honest opinion. This is Mismousey’s very honest opinion of her book “STARRY KNIGHT”.
OMG has Ms. Mason taken her creativity to another limit with this book. Having read her books- The Devil in Dukes’s Clothing, Bedeviled Bride, along with her other books.
Ms.Mason has a unique way in which she takes her pen to paper and creates this magical story of a lion and his lioness. Who are in fact part vampires. Her creativity has reached beyond the limits of imagination. The characters-scenes all jump right off the page at you.
Starry Knight is about a vampire who is hiding from a queen as he is her drone. If he is found then he will be put to death. Along time ago he escapes the Avalon and has been in hiding since then. His name is Callum- he is a Knight and a Lord. They want him to run for office – however he has other ideas.
Madama Butterfly comes into his life and only wants to met the vampire of the castle. The ghost of the castle -Callum late’s wife has other ideas. She wants her late husband to find true love and she believe she has in Madama Butterfly. ( Vanessa) . Ms. Vanessa tells Callum some of her cono with the ghost but not all
Now as this story gets going we find out that Callum can transform into a mighty lion. That is part of his mystic – he wants Vanessa and needs her.
So what happens to this couple? Do they get together? Does she keep his secret?
This story is so full of surprise that you have to read this amazing book to find out. It so many twist and turns in it. As soon as you get thru one you are placed right into another. Which makes this not only the PERFECT BOOK- BUT A PERFECT PARANORMAL READ !!!
Ms. Mason has done a super job at keeping the reading on their toes in this one. I recommend it for all readers especially those that love a FANG-TASTIC PARANORMAL READ!! Mismousey gives this book a 70 out of 5 stars . And I look forward to reading more in this AWESOME-TERRIFIC-AMAZING-FANG-TASTIC SERIES!!
NOW ADD IT TO YOUR GOODREADS LIST AND CHANGE IN A FLASH TO GET YOUR COPY TODAY!!!!