At twenty-three, I’m left with a decision. The outcome could be life or death.Trent hit me once, and I cried. Then he hit me again. And again. After a while, I got used to it, as I slept on the floor beside his bed, night after night.
Everyone told me to leave him, but I can’t. He won’t let me.
The moment I wanted to give up on myself and any form of hope, Kemper—a tall, sexy Marine just home from Afghanistan walked into my bar. With one look in his eyes, I saw pain that mirrored my own.
At first, I thought maybe he would be my prince charming, riding in to save me, but all it took was one tragedy for me to remember…fairy tales don’t exist in real life.
*The content in this book discusses domestic violence and is suitable for readers over 18*

“That’s twice in one day I’ve had to save you,” Kemper says, his soft voice soothing my nerves as he presses a cool compress against my forehead. His other hand is cupped around my cheek. No one has ever cared enough to save me. Kemper’s face is inches from mine and I can smell the cool mint on his breath from the gum he’s been chewing.

“I guess so,” I mutter, falling a little deeper into his gaze.

His thumb runs down the length of my nose, and while most of me is feeling pain, that sensation still drives quivers through my body. “Does that hurt?” he asks.

I shake my head, “Not too much,” I say, noticing a slight ache in my neck.

His thumb moves over to my right cheekbone and he presses gently. “How about that?” All I feel is the warmth from his skin. I shake my head again. He does the same for my left cheekbone. This time I wince. It hurts. I clench my eyes and I hear him yell to someone to grab ice. “Is this the first time he’s hit you?” Kemper’s brows are bowed toward his nose while his thumb continues to trace small circles around my cheek. I’d rather lean into his hand than respond.

In truth, I just don’t want to answer him, but he’s still staring at me, waiting for a response. I look down, away from his gaze. The ache in my chest, mixed with feeling like a weak woman, makes me want to cry, but I won’t cry in front of all these people. His finger curls under my chin and he tilts my face back up to look at him. His eyes are kind and caring, yet pained at the same time. The light is hitting them at the perfect angle, giving them the slightest shimmer in the center of each pupil. Then there are his lips—I can’t stop looking at those either. They’re full and capable. They look like they have the ability to kiss in a way I’ve definitely never been kissed. I want to touch his lips, but I belong to Trent—the asshole that just hit me. 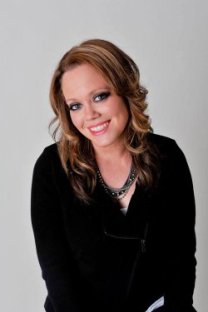 International Bestselling Author, Shari J. Ryan, hails from Central Massachusetts where she lives with her husband and two lively little boys. Shari has always had an active imagination and enjoys losing herself in the fictional worlds she creates.

When Shari isn’t writing or designing book covers, she can usually be found cleaning toys up off the floor.

To learn more, visit her at: http://www.sharijryan.com.